Walker of the Week: Zayne Harshaw, The Talented Walker

Zayne Harshaw is a Best Buddies Ambassador who lives in Columbus, Ohio. He has been involved in Best Buddies for six years. He will perform the national anthem for our virtual event! You don’t want to miss it! From Zayne, “I play in my own band, Blue Spectrum. We play throughout Ohio and other cities outside of Ohio. We will be at the Pittsburgh Blues Festival in August. We played for Best Buddies in Columbus and at Miami University. It was so much fun meeting new people at Miami University.”

My mom signed me up in 2014. A friend of my mom told her about Best Buddies. I played the National Anthem at a Best Buddies event in Gahanna. I live in Gahanna. My buddy, Courtney, was there. All the guys were jealous of me because she was so nice and pretty. I thought the way they acted was funny.

I had one buddy. Her name was Courtney Caldwell. She was so cool. She was from Troy, Ohio. My favorite memory was when my parents and I had dinner with her, her sister, Celeste, and her parents. I am Facebook friends with all of them now. Courtney is now married. I spoke to her a few days ago and hope to see her at one of my performances soon.

Just do it. You will have fun and learn a lot. There are some really good people in Best Buddies. 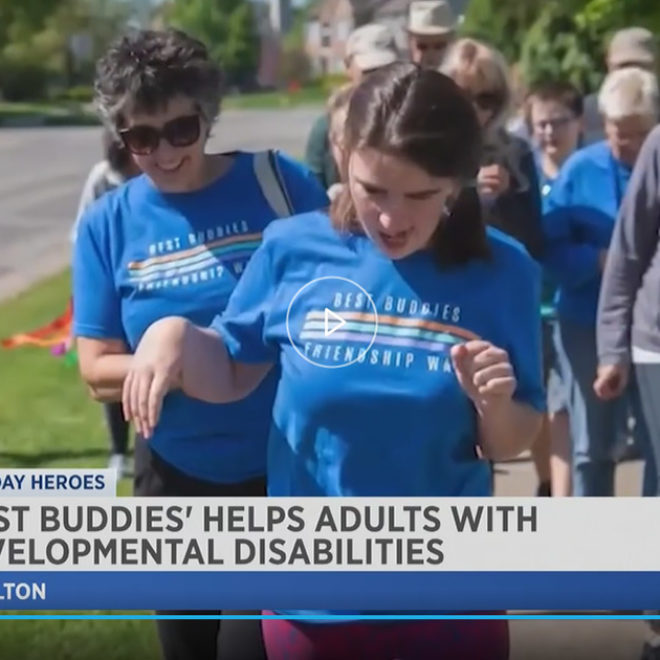 Best Buddies in the News!