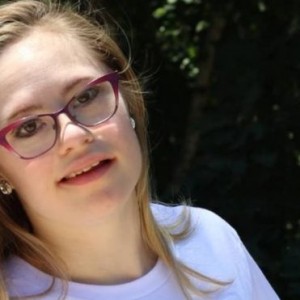 Being crowned Miss USA is a dream Mikayla Holmgren shares with thousands of young women around America. And so, like many before her, she has entered her state competition – taking the first step towards that final, glittering ceremony.

The only difference between Mikayla and the other women that she has Down’s syndrome. Not that she is letting that worry her. “Beauty is from the inside out. I’m happy and joyful, it’s like beauty inside out. It’s almost gorgeous,” she told local television channel Fox9 after revealing her bid to win the Miss Minnesota USA tiara.

It is thought Mikayla, a university student from Marine on St Croix, is the first young woman with Down’s syndrome to enter Miss USA, which sees girls from every state across the country compete for a chance to reach the final pageant, shown live on national television.
Denise Wallace, executive co-director of the Miss Minnesota USA pageant, described the 22-year-old student as a “trailblazer” – but then she, and the Miss Minnesota USA organisers, are used to that label.

Mikayla’s determination has seen her pursue her love of dance, speak to her State House and Senate and become a mentor to other young women.

The Miss Minnesota USA pageant, meanwhile, hit the headlines last year after Halima Aden – who spent her first years living in a refugee camp in Kenya – competed wearing a hijab and full-body burkini, another first for the Miss USA contest.

Mikayla is hopeful her place on stage next to the other contestants this November will break down more barriers- and even the prospect of walking in heels, the swimsuit section and her mother’s jitters are not going to dent her enthusiasm.

“I want the world to know that Down Syndrome does not define me,” she wrote on a crowdfunding page, set up to help with the pageant’s costs.

“With your help, I can help break through walls.”