March 4, 2020 – Special Olympics, Best Buddies International and supporters from around the world will unite on Wednesday, March 4th for the annual Spread the Word Day.

The Spread the Word to End the Word campaign has been working to spread respect and inclusion for the past 10 years by addressing the excluding and demeaning impact of the words “retard(ed).”  Since 2009, more than 1 million people have pledged to end their use of the R-word. In 2017, 70% of teens said they vocalized the wrong and demeaning use of the R-word when it used in conversation, up nearly 50% since 2009. Our campaign’s new form – Spread the Word: Inclusion – builds on the success over the last 11 years by challenging everyone to commit to include all people.

The Spread the Word: Inclusion campaign invites all people to commit to individual acts of inclusion.  The campaign highlights divisions that have led to social isolation and exclusion among individuals with intellectual and developmental disabilities (IDD) all over the world. The 200 million people with IDD represent every country, belief system, sexual orientation, gender expression, race, and ethnicity. In schools, workplaces and communities around the world, we want leaders to take a pledge to create socially inclusive spaces to learn, work and live. Spread the Word Day marks an opportunity for all communities to come together, take stock and recognize the advances made – and the advancement still left to do. Last alone year alone, more than 13,000 people pledge to take action in their communities.

“We’ve launched the Spread the Word; Inclusion campaign, calling everyone to commit to take a single act of inclusion and reach across a difference with positivity. You can make your pledge online, or, better yet, join thousands of others who are hosting events calling their peers to make commitments of their own,” said Soeren Palumbo, Vice President of Global Youth Engagement at Special Olympics.

The Spread the Word: Inclusion campaign continues to advocate for and with people with intellectual and developmental disabilities and to work to make our society more inclusive. Special Olympics offers Unified Sports and inclusive leadership and education activities in over 7,500 schools in 47 states and Washington, DC, across the country. Many of these schools host Spread the Word events led by students inviting their peers to commit to social inclusion.

Best Buddies International youth programs promote one-to-one friendship opportunities and leadership development in schools around the world, raising awareness and acceptance for people with IDD in their communities. In many of the nearly  3,000 elementary school, middle school, high school, and college Best Buddies chapters worldwide, the Spread the Word: Inclusion campaign has become an integral part of the organization’s programming and showcases the commitment to create inclusive opportunities for people with IDD on a global level.

This year, Spread the Word: Inclusion supporters and thousands of schools around the nation — have activated their communities and neighborhoods to engage around the day with pledge events.

I #PledgetoInclude thru my words and actions. Will you? Pledge now to change the game for people with ID at http://spreadtheword.global 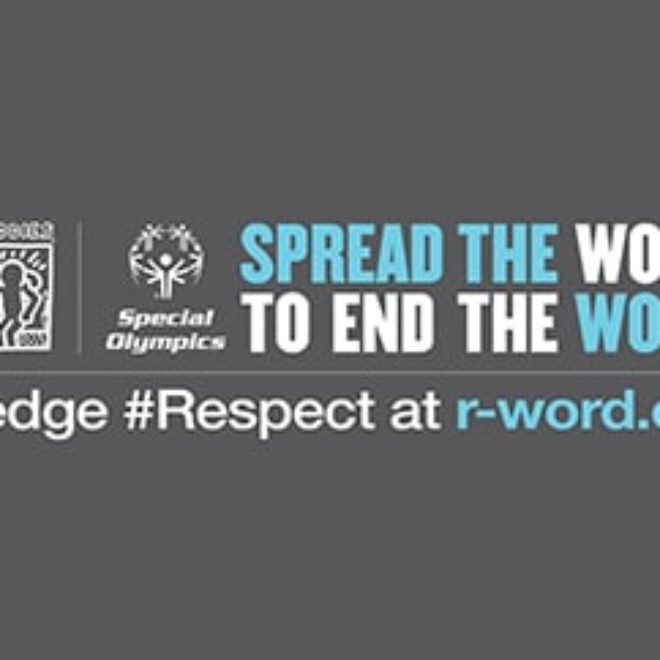 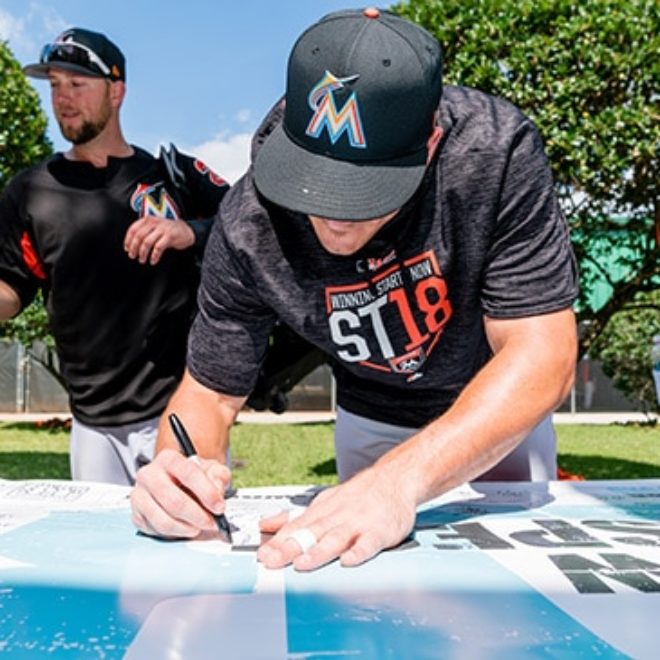 Miami, Florida, March 6, 2018 – The Miami Marlins held a special event in support of the Spread the Word to End the Word campaign during their Spring Training in Jupiter, Florida at the Roger Dean Stadium. A total of six individuals with intellectual and developmental disabilities from Best Buddies International and Special Olympics were invited to participate in the special event. 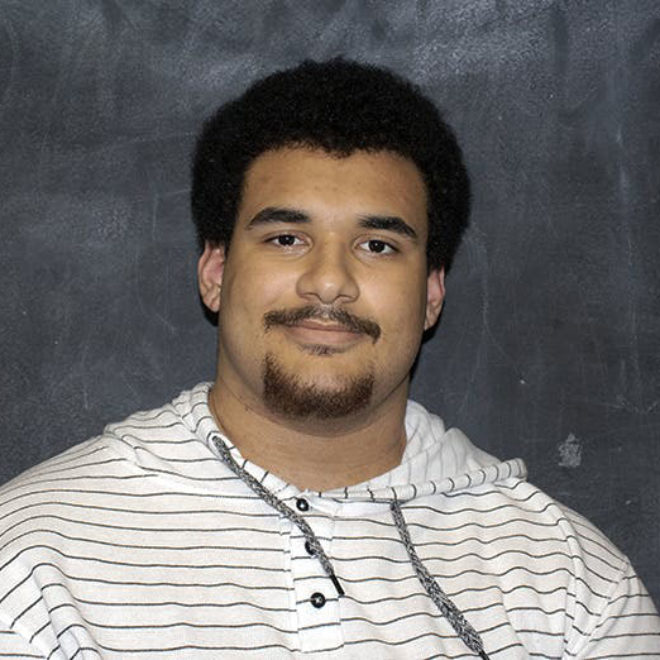 "...As someone that is on this spectrum, I encourage you, please stop using the r-word."