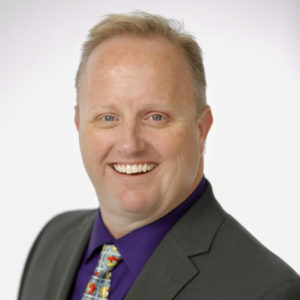 An employee of Best Buddies International since 1996, David has worked diligently to make an impact in the lives of people with intellectual and developmental disabilities. The youngest of five children, David’s passion for advocacy developed at an early age. He has a brother and sister with intellectual disabilities and has always recognized their talents and abilities. David has volunteered and been matched in a Best Buddies friendship since 1991.

The start of his career began simply with the gift of friendship while David attended the University of South Florida. He, along with several other USF students, founded the Best Buddies Chapter on their campus in 1991. While at USF, he served as the Student Body President for an unprecedented two years. In that position, David learned the power of advocacy and the importance of taking a stand to make a difference in the lives of many different constituencies. He also served as a founding father of Beta Theta Pi fraternity and was active in a number of student organizations on the campus. He graduated with a BA degree in Mass Communications with an emphasis in journalism.

After graduation, David joined Best Buddies in Florida as the Colleges Program Manager for the Southeastern United States which included 42 college chapters. In 1997, he was selected to serve as the State Director of Best Buddies in Illinois. There, David took the state and the Midwest Region to a new level, including the expansion of programs in the region and beginning the invaluable service of securing financial support to expand the mission throughout the Midwest.

In 1999, David was promoted to serve as the Vice President, Programs at the headquarters office of Best Buddies International in Miami. With Best Buddies on the cusp of exploding around the world, David helped to launch and expand programs to assist even more people with intellectual disabilities to be hired in jobs and have the opportunity for a mutually enriching one-to-one friendship. Today, David is serving as the Senior Vice President, Global Mission, State Development and Operations and is responsible for managing the day to day programs of Best Buddies International.

During David’s leadership at Best Buddies he has launched operations in Indiana, Louisiana, Kentucky, Iowa, Egypt, Arizona, Wisconsin, New York and Virginia among many others. The organization has grown from 300 chapters to over 2200 chapters around the world during his tenure. In 2000, David was honored for his service with the organization as the Employee of the Year.  He lives in West Palm Beach, Florida with his wife, Debbie who he met while working for Best Buddies and his children, Blake, Brody and Bryce.