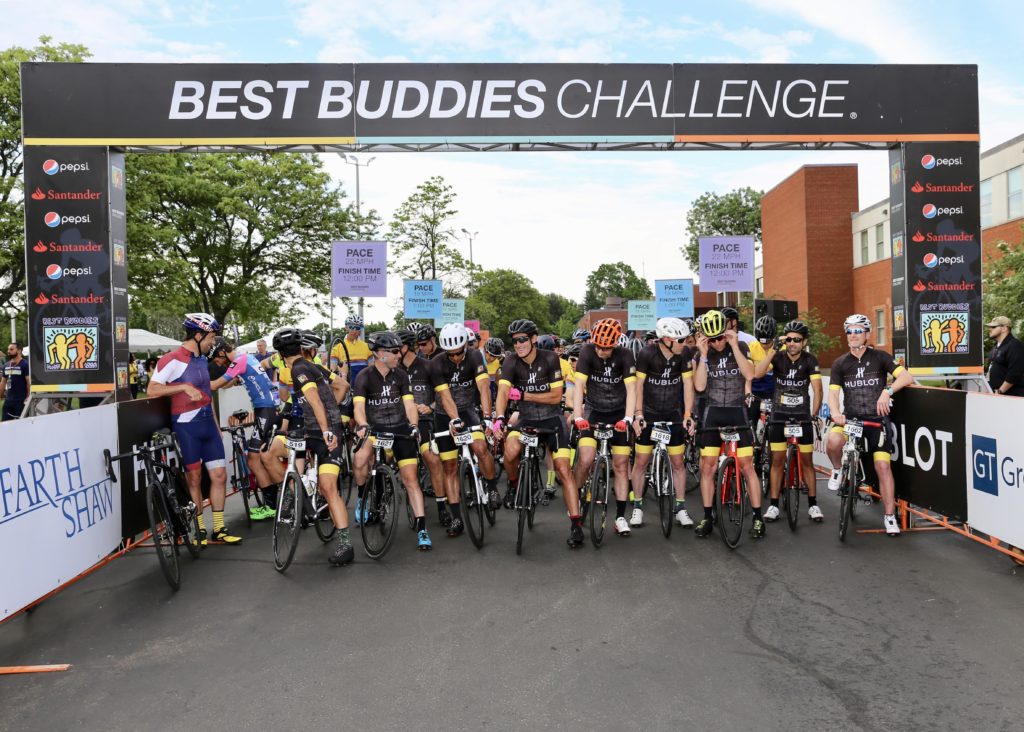 BOSTON, June 5, 2018 – This year, over 2,500 people participated in the 19th Annual Best Buddies Challenge: Hyannis Port, a cycling, run and walk fundraiser from Boston to Hyannis Port, on June 2-3. The Challenge raised $6 million in total donations for Best Buddies International, a nonprofit dedicated to creating opportunities for one-to-one friendships, integrated employment and leadership development for people with intellectual and developmental disabilities (IDD).

The weekend’s festivities kicked off with the Tom Brady Football Challenge and the Guy Cooking with Best Buddies Celebrity Chef Food and Wine Festival on Friday, June 1. Fans enjoyed delicious treats by Chobani, Cold Stone and Dunkin’ Donuts as they filled the stands at Harvard Stadium to watch Team Pepsi-Cola take on Team Shaw’s and Star Market Foundation. It was a thrilling game and for the first time in the history of the Football Challenge, the teams tied, with 112 points each.

On Saturday, June 2, Best Buddies Challenge: Hyannis Port participants turned out in droves for a 100, 50, or 20 mile bike ride and laced up their running shoes for a 5K run/walk. Best Buddies Ambassador Genevieve Meza sang a powerful rendition of the “National Anthem,” at the opening ceremonies for the 100-mile. Professional cyclists George Hincapie and Christian Vande Velde, who both rode on Team Hublot,were among the group of riders making their way down the picturesque New England streets.

Many Best Buddies supporters and participants encouraged riders at the start lines, thanking them for their efforts towards making society more inclusive and wishing them a great ride. Congressman Joseph P. Kennedy, III spoke at the 50-mile start, reminding the cyclists that their endeavors were greatly appreciated and several Best Buddies Ambassadors spoke about their personal Best Buddies experiences throughout the event. Anthony K. Shriver’s family, including his wife Alina Shriver and their children, also participated in the Challenge, riding in the 20-mile ride for Best Buddies.

At the finish line, Best Buddies celebrity supporters and participants competed on tandem bicycles in the “Friendship Races”, including New England Patriots stars James White and Julian Edelman. The Challenge was capped off by a celebratory clambake and private concert by the legendary Rick Springfield, who rocked the crowd with several of his hits, including the classic “Jessie’s Girl.” The singer brought Best Buddies participants on stage for a once-in-a-lifetime experience.

Robert F. Kennedy Jr.was one of many Kennedy-Shriver family members who made an appearance at this year’s luncheon on the Kennedy Compound in Hyannis Port. ESPN NFL analyst Adam Schefter and New England Patriots players James White and Julian Edelman, were also in attendance. In a speech that finished with a standing ovation, Best Buddies Global Ambassador Katie Meade thanked Best Buddies for changing her life. Later that evening, guests enjoyed a private reception at the Kennedy-Shriver family home, where Chef Guy Fieri cooked some of his signature dishes, including tacos and burgers topped with mac and cheese, alongside Best Buddies participants. Through his foundation, Guy Cooking with Kids, Fieri also donated $100,000 to Best Buddies International.

During the festivities, Anthony K. Shriver encouraged guests to “Sponsor a Buddy” (to attend the Best Buddies International Leadership Conference in July) through the Tom Brady Football Toss. Brady tossed signed footballs to guests who paid up to $2,000 for each one, giving Best Buddies participants the opportunity to attend the conference. Best Buddies also auctioned off a Hublot Big Bang timepiece and a Celebrity Cruises luxury cruise to the Galapagos Islands. Hublot also introduced a new cycling kit for Team Hublot riders. In total, the football tosses and auctions raised $115,000 at both Friday’s celebration and Saturday’s clambake in Hyannis Port.

The event was another record-breaking success, and an excellent stride in making the world more inclusive for individuals with intellectual and developmental disabilities!

To access photos from this year’s event, please visit the following link: https://bit.ly/2Lr0gnG

Below are the top fundraising teams and top riders for the 19th Annual Best Buddies Challenge: Hyannis Port.

ABOUT BEST BUDDIES INTERNATIONAL:
Best Buddies® is a nonprofit 501(c)(3) organization dedicated to establishing a global volunteer movement that creates opportunities for one-to-one friendships, integrated employment and leadership development for people with intellectual and developmental disabilities. Founded in 1989 by Anthony K. Shriver, Best Buddies is a vibrant organization that has grown from one original chapter to nearly 2,500 middle school, high school, and college chapters worldwide. Today, Best Buddies’ eight formal programs — Middle Schools, High Schools, Colleges, Citizens, e-Buddies® , Jobs, Ambassadors, and Promoters — engage participants in each of the 50 states and in 50 countries, positively impacting the lives of over 1.2 million people with and without disabilities around the world. In many cases, as a result of their involvement with Best Buddies, people with intellectual and developmental disabilities secure rewarding jobs, live on their own, become inspirational leaders, and make lifelong friendships. For more information, please visit www.bestbuddies.org, facebook.com/bestbuddies or twitter.com/bestbuddies. 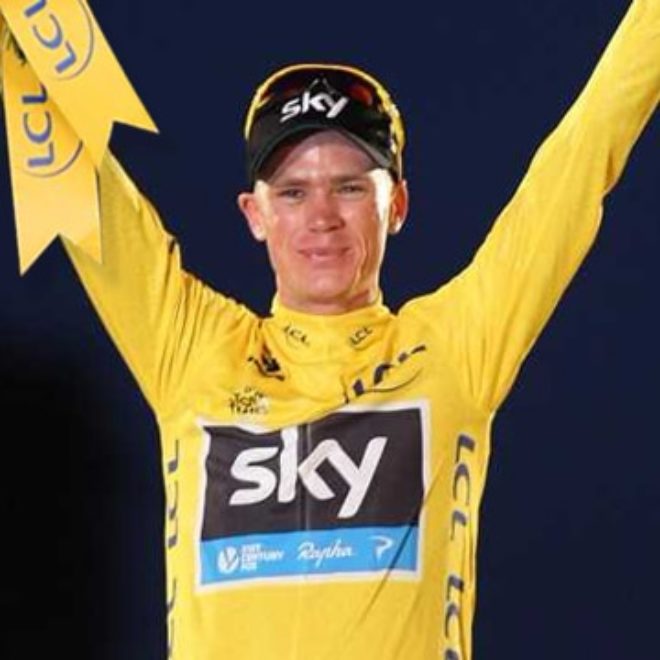 Best Buddies International, a global nonprofit that creates opportunities for one-to-one friendships, integrated employment and leadership development for people with intellectual and developmental disabilities (IDD), is thrilled to announce that four-time... 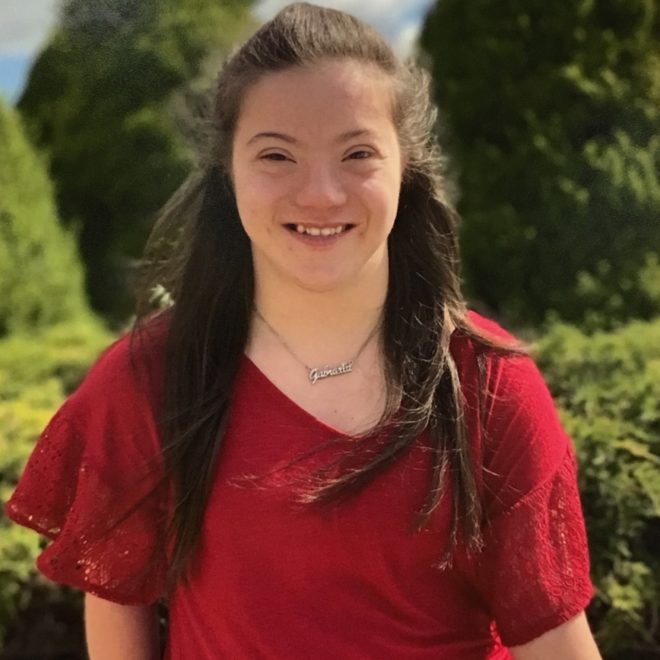 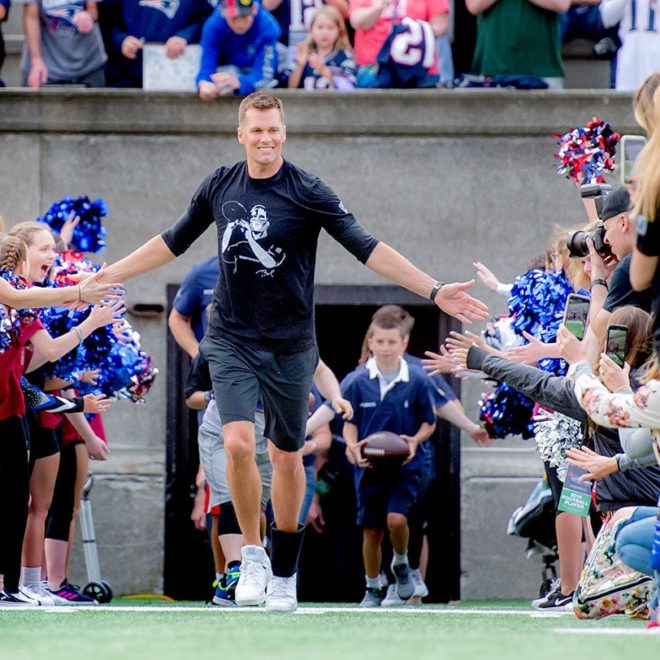 The weekend’s festivities kicked off with the Best Buddies Tom Brady Football Challenge and the Guy Cooking with Best Buddies Celebrity Chef Food and Wine Festival.