San Simeon, CA, September 11, 2017 – The 14th Best Buddies Challenge: Hearst Castle Presented by Pepsi-Cola raised $4.5 million for Best Buddies International, a nonprofit dedicated to creating opportunities for friendship, employment and leadership development for people with intellectual and developmental disabilities (IDD). The event was co-chaired by Lieutenant Governor of California Gavin Newsom and Steve Hearst. More than 1,200 people participated in the Challenge—a charity walk, run and ride down the scenic coast of California.

The event kicked-off with the welcoming reception on Friday September 8 at the Hearst Ranch, where guest enjoyed cocktails, a catered dinner, and a program that highlighted the achievements of the Best Buddies mission and of the supporters. Several fundraising teams participated in the jersey contest, where cyclists showcased their unique and creative cycling kits. The contest was judged by professional cyclists Christian Vande Velde and Georgie Hincapie, along with three buddy judges: Champ Pederson, Julie Remillard, and Richard Nakai. The contest resulted in a tie between Team Silicon Valley Bank and Team Best Buddies Central Valley, which was settled with a dance contest. The winner of the dance contest was Team Best Buddies Central Valley, and the winner of the jersey contest was Team Silicon Valley Bank. 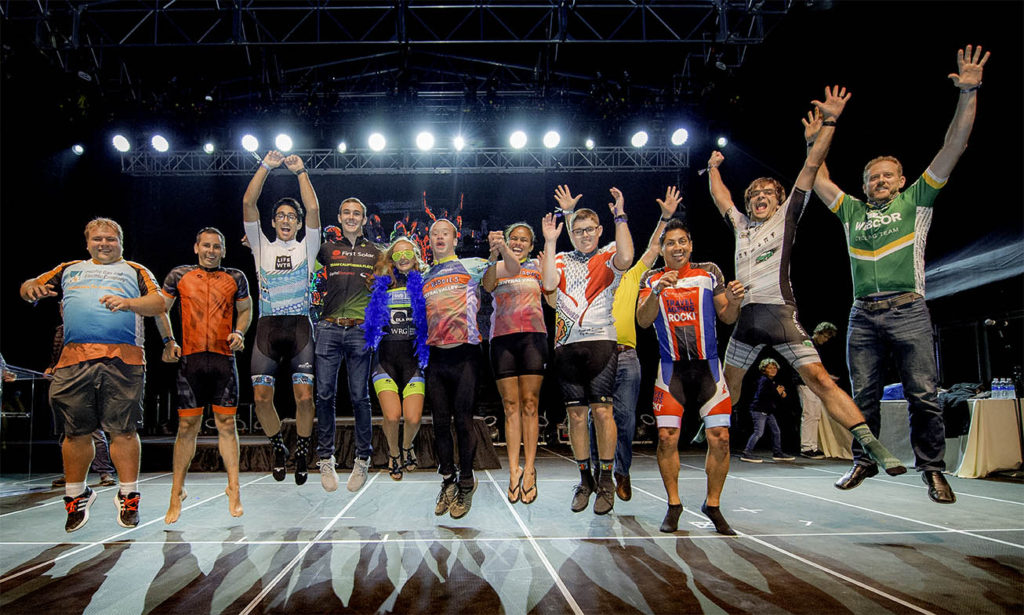 Participants of the Jersey Contest at the 14th Best Buddies Challenge: Hearst Castle Presented by Pepsi-Cola

On Friday, Best Buddies Founder and Chairman Anthony K. Shriver, recognized several new and returning supporters. Team Best Buddies Central Valley received the “Rookie of the Year” award for their great strides and efforts as a new team. Team Audi, which celebrated their 10 year anniversary of supporting Best Buddies, was also recognized. In 2017, they raised $130,000 for the 14th Best Buddies Challenge: Hearst Castle, and nearly $1 million in total donations over the course of their decade long involvement.

“We greatly enjoy our partnership with Best Buddies International and we salute and celebrate all of their milestones and achievements,” said Honorary Co-Chair Steve Hearst. “Best Buddies International’s global volunteer efforts exemplify humanity, unity and dignity, making a positive difference in communities around the world, embodying the true meaning of the word Friendship. I am pleased that year after year, the Ranch has proven to be the perfect venue for this spectacular event.” 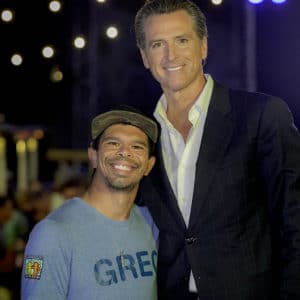 Saturday’s events began bright and early at Hearst Beach as cyclists prepared to ride down the charming and picturesque landscapes, charming vineyards, and rolling canyons of California’s Central Coast. The Challenge also featured alternative 60, 30 and 15-mile cycling routes, as well as the Carl Lewis Challenge, a 5K run/walk. Professional cyclists George Hincapie and Christian Vande Velde led the pack down the winding and steep hills and climbs.

The event continued on Honorary Co-Chair Steve Hearst’s ranch with a barbeque and award ceremony that celebrated all of the day’s accomplishments. Hearst spoke about his involvement with Best Buddies over the years and his commitment to furthering the organization’s mission of friendship and social inclusion for individuals with special abilities.

Anthony K. Shriver congratulated all the cyclists for their achievements and for their continued support of Best Buddies. A custom made Best Buddies Hublot cycling watch was auctioned off for $14,000 to Steve Hearst; and the Sponsor-a-Buddy portion of the evening, which underwrites the cost of attendance to the annual Best Buddies Leadership Conference raised $160,000. Another memorable moment from the evening included a powerful speech from Best Buddies participant Jack Mayor, who spoke about the challenges of living with autism and how his friendship with his buddy, Josie, has changed his and his family’s lives.

The classic event was another success that brought together local and global supporters and participants for a weekend of celebrations, cycling, and recommitting to the Best Buddies mission. 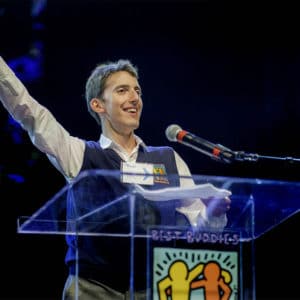 Best Buddies® is a nonprofit 501(c)(3) organization dedicated to establishing a global volunteer movement that creates opportunities for one-to-one friendships, integrated employment and leadership development for people with intellectual and developmental disabilities. Founded in 1989 by Anthony K. Shriver, Best Buddies is a vibrant organization that has grown from one original chapter to more than 2,300 middle school, high school, and college chapters worldwide. Today, Best Buddies’ eight formal programs — Middle Schools, High Schools, Colleges, Citizens, e-Buddies® , Jobs, Ambassadors, and Promoters — engage participants in each of the 50 states and in nearly 50 countries, positively impacting the lives of more than 1.1 million people with and without disabilities around the world. In many cases, as a result of their involvement with Best Buddies, people with intellectual and developmental disabilities secure rewarding jobs, live on their own, become inspirational leaders, and make lifelong friendships. For more information, please visit www.bestbuddies.org, facebook.com/bestbuddies or twitter.com/bestbuddies.