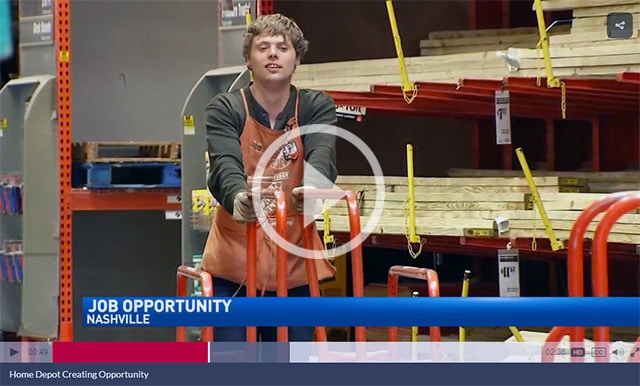 Nashville, Tenn — If it seems like Leo Kennedy is always on the move, he is.

Kennedy says working at Home Depot has helped him get into shape but the benefits really go far beyond that for someone dealing with intellectual and developmental disabilities.

The 24 year old got the Home Depot job through the Best Buddies Jobs Program.

Berry says the need for programs like her is actually greater now than it used to be.

Programs that once offered separate job opportunities for people like Kennedy have shut down in Tennessee.

Statistically more than 80% of people with intellectual and developmental disabilities are living unemployed.

“So there aren’t a lot of options for them unless they go into community employment and we’re helping create that employment,” said Berry.

Kennedy is among the first 8 participants.