“This is like the Super Bowl of Best Buddies, and we just won,” Amy Wells, the faculty advisor for the school’s chapter, said Monday.

Best Buddies International, headquartered in Miami, is a nonprofit organization with chapters in all 50 states and in more than 50 countries.

Best Buddies members work with youths and adults with intellectual and developmental disabilities to help them create friendships, find jobs and become community leaders, according to the Best Buddies website.

“It’s a club for students, with and without disabilities, ensuring that everybody has an opportunity to be a friend,” Wells said.

She is the school’s special education advisor – she works with students during the day, and she advises the Best Buddies chapter.

The Fallston High chapter, founded in 2000, sent six members to this year’s conference at Indiana University in Bloomington, Ind., including the chapter president, vice president, associate director, secretary, historian and Best Buddies ambassador, according to Wells.

Fallston’s chapter was named Maryland’s chapter of the year in April.

The conference started Friday, and the chapter members learned of their award during the opening ceremony.

Chapters of the year were also recognized at the middle school and college level. Fallston High was the only school from Maryland that received the honor.

“All of our programs are absolutely wonderful, but I think at Fallston, they really engage their entire school; it’s not just their Best Buddies chapter,” said Amy Davies, program supervisor for Best Buddies Maryland.

Davies, a Fallston High graduate, attended the conference with about 130 Best Buddies members from all over Maryland. This year is the first that a Maryland chapter has won at the international level, she said.

“The kids come together for the same mission and the same passion, and they learn from each other, and they really just want to make a difference in their communities,” Davies said of the conference.

“There were so many great chapters nominated all across the world,” Kaitlyn, 17, said by phone from the conference Monday.

She and her fellow students flew home Monday. Chapter officers from around the world attend the conference each year to network with each other and complete training programs.

This year is the second at the conference for Kaitlyn, who is going into her senior year.

“I always tell people it’s the best weekend,” she said.

Fallston’s Best Buddies chapter is the largest extracurricular club in the school, with 145 members, according to Wells. Fifteen of those members are students with special needs who spend time with their buddies during the school day as well as outside of school and during the summer.

“They’re never alone,” Kaitlyn said. “They walk the hallways, and there’s always someone to talk to.”

Fifteen chapter members are matched on a one-one-one basis with the members with special needs, and the rest of the chapter members support those relationships, Kaitlyn explained.

The Fallston chapter serves students with intellectual, development and physical disabilities, according to Kaitlyn.

Keaton Couch, 17, who graduated from Fallston in June and is an ambassador for Best Buddies Maryland, said the program “basically, really changed my life.”

He attended the international conference, his second year there. He has also testified before the Maryland General Assembly in Annapolis to encourage state funding for Best Buddies Maryland, and he recently threw out the first pitch at an Aberdeen IronBirds game.

In the fall, he will attend Harford Community College, where he will major in general studies. He plans to start a Best Buddies chapter on campus.

“I guarantee I would not have the social skills that I have without Best Buddies,” said Keaton, who lives with high-functioning autism. 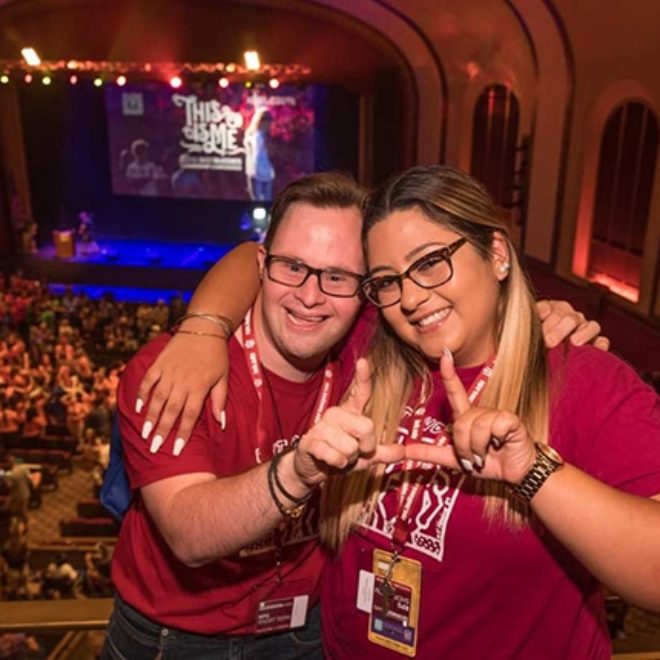 Impact Report – 2018 Best Buddies Leadership Conference: This Is Me 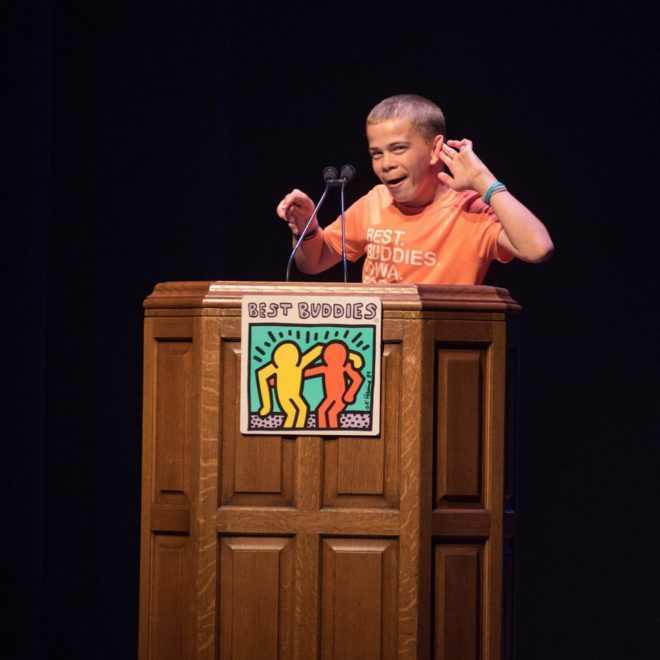 Last summer, Jack had the opportunity to attend the Best Buddies Leadership Conference where he participated as an Ambassador...

A Student’s Perspective from BBLC

My name is Morgan Flynn and I am a senior at Prairie High School in Cedar Rapids, Iowa...